Clinical, Anatomical, and Pathological Features in the Three Variants of Primary Progressive Aphasia: A Review

Primary progressive aphasias (PPA) are neurodegenerative diseases clinically characterized by an early and relatively isolated language impairment. Three main clinical variants, namely the nonfluent/agrammatic variant (nfvPPA), the semantic variant (svPPA), and the logopenic variant (lvPPA) have been described, each with specific linguistic/cognitive deficits, corresponding anatomical and most probable pathological features. Since the discovery and the development of diagnostic criteria for the PPA variants by the experts in the field, significant progress has been made in the understanding of these diseases. This review aims to provide an overview of the literature on each of the PPA variant in terms of their clinical, anatomical and pathological features, with a specific focus on recent findings. In terms of clinical advancements, recent studies have allowed a better characterization and differentiation of PPA patients based on both their linguistic and non-linguistic profiles. In terms of neuroimaging, techniques such as diffusion imaging and resting-state fMRI have allowed a deeper understanding of the impact of PPA on structural and functional connectivity alterations beyond the well-defined pattern of regional gray matter atrophy. Finally, in terms of pathology, despite significant advances, clinico-pathological correspondence in PPA remains far from absolute. Nonetheless, the improved characterization of PPA has the potential to have a positive impact on the management of patients. Improved reliability of diagnoses and the development of reliable in vivo biomarkers for underlying neuropathology will also be increasingly important in the future as trials for etiology-specific treatments become available. 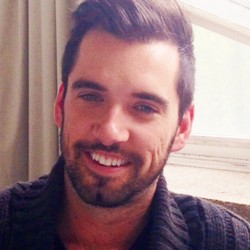