The ability to recognize a famous person occurs through semantic memory. Previous neuroimaging studies have shown that the anterior temporal lobes (ATLs) are involved in the recognition of famous people. However, it is still a matter of debate whether the semantic processing of names or pictures of famous people has an impact on the activation of ATLs. The aim of this study was to explore the pattern of activation associated with a semantic processing of famous people based on face and written name stimuli. Fifteen healthy young individuals participated in our fMRI study, in which they were asked to perform a semantic categorization judgment task, based on profession, of visually presented pictures, and names of famous people. Neuroimaging findings showed a common pattern of activation for faces and names mainly involving the inferior frontal regions, the posterior temporal lobe, the visual cortex, and the ATLs. We found that the comparison names vs. pictures lead to significant activation in the anterior superior temporal gyrus. On the other hand, faces vs. names seemed associated with increased activation in the medial ATL. Moreover, our results demonstrated that the functional connectivity network anchored to the medial ATL, compared to the anterior STG, is more connected to the bilateral occipital lobe and fusiform gyrus that are regions implicated in the visual system and visual processing of faces. This study provides critical evidence of the differential involvement of ATL regions in semantics of famous people. 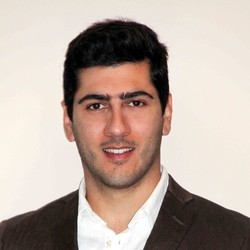