Background Increasing evidence shows that the semantic variant of primary progressive aphasia (svPPA) is characterized by hippocampal atrophy. However, less is known about disease-related morphological hippocampal changes. The goal of the present study is to conduct a detailed characterization of the impact of svPPA on global hippocampus volume and morphology compared with control subjects and patients with Alzheimer’s disease (AD). Methods We measured hippocampal volume and deformation-based shape differences in 22 patients with svPPA compared with 99 patients with AD and 92 controls. Multiple Automatically Generated Templates Brain Segmentation Algorithm (MAGeT-Brain) was used on MRI images obtained at the diagnostic visit. Results Comparable left and right hippocampal atrophy were observed in svPPA and AD. Deformation-based shape analysis showed a common pattern of morphological deformation in svPPA and AD compared with controls. More specifically, both svPPA and AD showed inward deformations in the dorsal surface of the hippocampus, from head to tail on the left side, and more limited to the anterior portion of the body in the right hemisphere. These results also pointed out that both diseases are characterized by a lateral displacement of the central part (body) of the hippocampus. Discussion Our study provides critical new evidence of hippocampal morphological changes in svPPA, similar to those found in AD. These findings highlight the importance of considering morphological hippocampal changes as part of the anatomical profile of patients with svPPA. 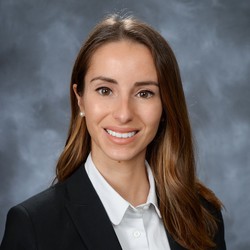